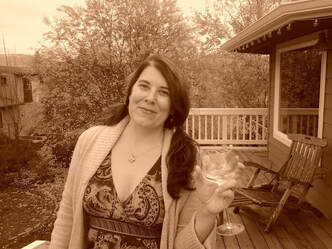 If Kim Leval’s life were a movie, the opening scene would show her, age 10, trying to wrap her mind around the famines in Africa as scenes of starvation flickered across an old-school glass cathode ray tube television screen. Leval was inspired by those unjust events to empower others to work for a better agriculture and food system for people and the planet. Leval’s career spans 30 years with 20 years experience in sustainable agriculture and alternatives to pesticides environmental advocacy and 10 years in other community development and non-profit work. She has served in non-profit roles from intern to project assistant, program director, Executive Director and Board member. After nine years, she recently stepped down as Executive Director with the Northwest Center for Alternatives to Pesticides (NCAP) to pursue FOIA advocacy with her husband, Pete Sorenson. Kim is a freelance and fiction writer and an independent non-profit consultant. Kim holds a BA in International Studies and Cultural Anthropology from the University of Oregon and a Master’s in Adult Education and Agricultural Extension from Cornell University, Ithaca, NY. She resides in Eugene, Oregon. 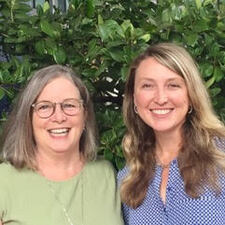 Kim and Andrée formed E3 Law Group in 2017 to provide legal counsel on educational, environmental, and estate planning  concerns. Kim and Andrée work with new and old conservation easements to ensure they survive the changing conditions associated with climate change.

Kim was born in Seattle and has lived in several states and in the UK before settling in Oregon in 1996. Kim has been involved in local environmental issues since the early 2000’s when she held a Wildlife Habitat Improvement Program (WHIP) grant and restored 20 acres of Oak forest in Polk County. Kim has degrees in Speech & Communication and Education and earned her JD from Willamette University, where she was awarded a Certificate in Sustainable Environmental, Energy, and Resources.

​​Andrée is a native Oregonian with degrees in Biology and Law from University of Oregon. She has worked in the environmental field throughout Oregon and the Midwest, focusing on natural resources and hazardous waste cleanup. In addition to her legal work, she sits on the City of Eugene’s Toxics Right-to-Know Board, and volunteers for ski patrol at Willamette Pass. 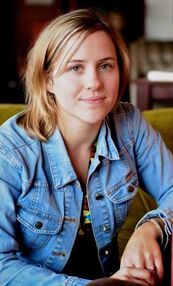 Melissa works as a staff attorney at the Center for Sustainability Law in Eugene, Oregon and also maintains a private solo law practice focused on estate planning law, environmental law, fair housing law, and several other areas of law. She has been involved in environmental law and the use of conservation easement as a tool for maintaining healthy habitats, watersheds, soil and neighborhoods. She works with new and old conservation easements to ensure they survive the changing conditions associated with climate change.
​
Melissa has a B.A. in Art History with a concentration in Latin American Art from Fordham University and received her JD from the University of the State of New York at Buffalo Law School.
​​Copyright (c) 2020 Northwest Land Conservation Trust. All rights reserved.