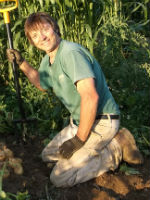 Paul received his degree in Agriculture from OSU in 1974 and returned to his family farm, nestled within the foothills of the Coast Range. As the second generation, Paul has been the primary farmer for the past 35 years.

​“My hope is that through NWLCT, I can help to build a cadre of local land advocates who will stand up for land in their own community which they have come to know and love intimately.”
​
In addition to Paul’s dedication to farming and his commitment to land use activism, he has also provided community leadership in other organizations, including Willamette Farm & Food Coalition, St. Vincent de Paul of Lane County, Crow-Applegate-Lorane School District and Land Watch Lane County.

Mark graduated from the University of Montana with a degree in Resource Conservation/Economics and went on to study forestry, systems science, and economics in graduate schools in Oregon, Washington and Minnesota. Currently, Mark works as a consultant on environmental issues and has managed projects for the Oregon Department of Transportation, USDA Forest Service and Oregon Department of Forestry. Mark has published several recreation maps and a mountain biking book. He has also helped establish numerous trails in his home town of Salem, Oregon.

Mark joined the Board of Directors in the 1990s and began serving as Vice President in 2011. Mark has provided the base line studies that document the resources being protected in the easements. Mark also serves on the Monitoring Committee of NWLCT.

Jan was raised in rural Minnesota. As a young child her family lived in a cabin on Big Lake in the northwoods west of Duluth. Then as a preteen she spent summers with cousins on her aunt and uncle’s farm in southern Minnesota. In 1987 she and her husband purchased 40 acres of farm and forestland in the coast range foothills west of Eugene. Now she is back outside playing in the dirt surrounded by forest once again.

In between then and now, after graduation she moved to Minneapolis where she became active in the new wave co-op movement beginning in the 1970’s. She spent the next 15 years organizing and working in consumer and worker owned and operated co-ops. Her political history includes serving on local committees and state boards relating to health and a healthy environment. She served as a director on the Oregon Tilth board. She was appointed to two terms on the Oregon Board of Chiropractic Examiners. As a member of the Lane County Public Health Advisory Committee, she led the effort to eliminate herbicide use and to pass an integrated vegetative management policy for the county roadsides; and further, to impose a moratorium on the use of herbicides. After that she went on to serve on the county Vegetative Management Advisory Committee. Currently she has served on the Oregon Department of Agriculture local advisory committee for the “Upper Willamette Basin Agriculture Water Quality Management Area Plan,” since 2001. She can be contacted at 541-485-1426. 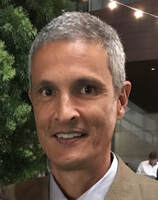 ​Richard del Guercio grew up in California and obtained a BA in English from UC Santa Barbara before moving to Oregon in 1993. Once in Oregon, Richard’s interests changed to food and farming, as well as land and water conservation issues. Richard began studying meat science at Oregon State University. Richard is involved with local farms and enjoys making cured meats, cheeses and other aged or fermented products. He also enjoys making videos about water and farmland conservation, and has produced several documentaries on these topics.

In the past, Richard has volunteered with NWLCT as well as spending time at Laughing Stock Farm, Mt Pisgah arboretum and the Raptor Center in Eugene. He lives in Eugene with his wife and two daughters. 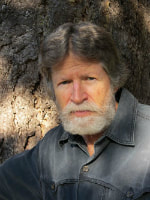 ​Robert Emmons spent his early years in Tennessee and later in New Orleans, where he graduated high school. After earning B.A. degrees in Sociology and English from Florida State University in 1965, he headed west to Eugene for graduate study in English at the University of Oregon. He taught writing and literature for four years as a teaching fellow and received a Doctorate in 1974. After graduation, Emmons worked as a housing rehabilitation adviser with a federal loan program at the City of Eugene and then as a park specialist in horticulture in the City's park’s department.
​Emmons has served on numerous Lane County committees and task forces over many years. He was a founding member of Sustainable Eugene Economic Development in 1983 and of Alton Baker Park for All of Us, a group that initiated a city-wide ballot measure in 1986 that protected 165 acres of Eugene's public open space from a proposed golf course and soccer fields. He served on the Lane Parks Advisory Committee from 1988-93 and served as Chair in 1992. From 1980-95 he coordinated the grass roots development, maintenance and oversight of Scobert Gardens, an edible and native plant park in Eugene's Whitaker Neighborhood. Beginning in Spring 2017, Emmons served on a task force that crafted a new master plan for Lane County Parks adopted in Fall 2018.

In 1996, Emmons was a founding member of LandWatch Lane County, a 501(c)(3) non-profit dedicated to the protection of Lane County's natural areas, open space, farms and forest lands. He has been president of the group since 2004 and edits the LandWatch newsletter, available at www.LandWatch.net. Since 1990 Emmons has been privileged to own, love, live on and steward 65 acres of forest and meadow in the Little Fall Creek Valley, 25 miles east of Eugene. 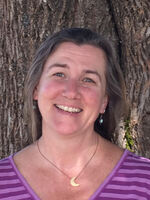 Heather Shelton is a registered nurse and herbalist committed to connecting people with nature.  She and her family lived on a homestead in rural Vermont for 15 years, raising all their own food and medicine.  Since returning to Eugene in 2015, Heather has been active in the fight to ban the use of aerial herbicides in the forestry industry.

A board member of the Lynn Bowers Charitable Trust, which oversees 25 acres of protected forestland, Heather is a steward for the Earth and works to help others understand the critical role healthy forests play in our lives.  She lives on 8 acres of conserved land near Eugene, Oregon. 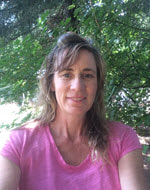 Jean Marie Spilker was born in Eastern Oregon and grew up on a small family farm. Her family came to Oregon in the 1870s to homestead and are still involved with agriculture to this day. Jean Marie grew up with an appreciation for well managed farms and ranches, then went on to become involved in forest resources management work. After high school she began doing survey work for the US Forest Service. She spent more than ten years working in the woods collecting data on various plant and animal species.

In 1996, Jean Marie moved to the west side of Oregon to go to college. After college she continued to work in the biological services, as well as working on small scale organic vegetables farms. For the last seven years she has been  teaching at the University of Oregon’s Urban Farm.

Jean Marie is also involved with Food for Lane County’s Seed to Supper program. She enjoys time in nature, teaching gardening courses and working at farmers markets. She volunteers with several local farms, as well as running her own small-scale poultry operation in the Oregon coast range. 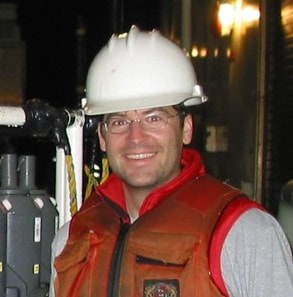 Burt is an Assistant Research Professor in the Earth and Environmental Sciences department at Willamette University in Salem, OR. Burt, born in Missouri, is a midwesterner with roots in Oregon. His grandfather, Berlyn Farris, was a pastor at the First United Methodist Church of Eugene. For 6 years, during his graduate studies, Burt worked weekends on a small organic farm in rural Pennsylvania where he learned the value of creative problem solving.

Burt earned a PhD in biogeochemistry from Penn State University in 2008 and spent the next 6 years leading a small team of researchers at the USGS in Menlo Park, California. He and his wife, Katja Meyer, moved to Oregon in 2014 where she began a tenure-track faculty position at Willamette University. They live near downtown Salem and enjoy tending their vegetable garden with their two young children.
​
​Burt is currently funded to work full time at the US DOE National Energy Technology Laboratory in Albany, OR studying the risks to groundwater resources from hydrocarbon drilling activities. He joined the board in the 2015.
​​Copyright (c) 2020 Northwest Land Conservation Trust. All rights reserved.